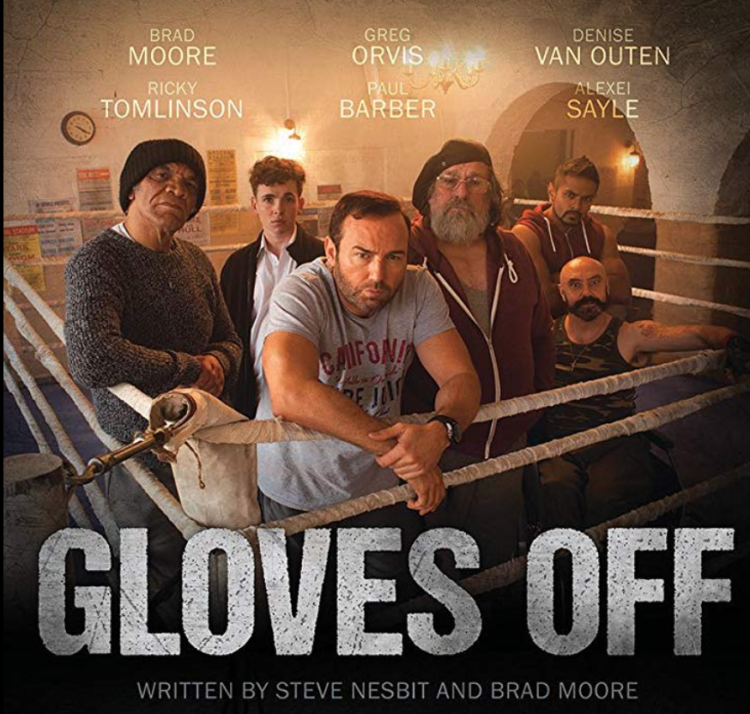 Wednesday 19th September saw the glittering premiere in London’s Leicester Square of Gloves Off, the British film, co-written by Steven Nesbit and Brad Moore, and directed by Steven Nesbit. The film has been 3 years in the making but the wait was worth it. The story follows Doug, owner of failing boxing gym who finds the love of his life through a young gym recruit. With foreclosure looming, Doug has to find a way to save the gym that means so much to him. The solution comes in the form of a gentle Romany giant, who Doug must train to win a bare fist fight. With a great star cast, including Ricky Tomlinson, Denise van Outen and Paul Barber, there’s laughs right from the beginning and the story had just the right amount of drama to keep me hooked right from the start.

Interviewed on the red carpet before the film screened, Steven Nesbit confirmed that his next project involves a book called Planet Fran – Population One, from author, Josie King.

Gloves Off is now available to buy. Keep an eye out for it. It’s well worth a watch!

Retreats bookings are now open. Our first retreats will re-start in September. Dismiss