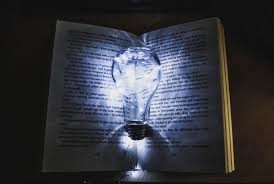 Writers’ Retreat UK is proud to present the winning entry in our first short story competition of 2020:

Milk without Honey by Philippa Kelly

The wind blew extraordinarily hot for late October. It left Cairo feeling tinderbox dry. This intensified the usual franticness of the days’ activities, pedestrians spilled from the pavement into gridlocked traffic. Baker boys weaved in and out with pallets of flat bread balanced precariously on their heads, farmers strained under the weight of piled high vegetable carts weaving deftly to their familiar pitch.

A herd of lambs obediently followed a shepherd to their final destination, such was their trust they showed no fear even though a calf was in the process of being slaughtered in full view; tethered to a stump by her leg. She flailed uselessly like a scarf in the wind to escape the knife, eyes leaping from their sockets, still the flock denied betrayal.

An orangey hue grew on the horizon; prelude to a sandstorm. Having raged violently across the Sahara, Cairo was to receive the final flick of the angry beasts tail. People ran for home, others huddled in doorways or fled to the Metro for shelter. An anticipatory lull dominated the city.

Call for midday prayers erupted from the mosque, the sound rising across the square and above the roofs. Within moments nearby mosques began their Athan until the sky was exulted with melodious prayer, rippling back and forth in an audible wave, lapping across the city until eventually the last mosque several miles away faded to a solitary distant call, leaving the incessant roar of the traffic to dominate once more.

Hiba barely noticed. She stayed where she was sitting on the floor outside the Sayeda Zainab Mosque, one of Cairo’s most important places of worship. She camped with the rest of the homeless and destitute who endeavoured to exploit the faithfuls religious obligations; alms giving.

She had chosen the spot as it allowed a clear view of the road.

It stretched both ways allowing at least half a mile visibility and because of the importance of the mosque it was easily one of the busiest places, giving her the opportunity to watch hundreds of people at any one time, scanning their faces for any sign of familiarity.

Nomadic beggars frequently pitched up at the site and were most unwelcome, causing spats over rights to beg. This was of no concern to Hiba who had been there for two years now. She was often mistaken for a beggar and it was true that her circumstances dictated

she was obliged to accept charity. She looked like any of the poor she was amongst, her once lustrous hair was little more than a frazzled clump. Her skin had become impregnated with grime from the inescapable pollution, any vanity she may once have possessed had been abandoned long ago, leaving her with little idea of her appearance.

Her life was subjugated by one thing, and that alone constantly occupied her thoughts. It played in a continuous loop, being the first thought upon waking and the last one at night. Most nights she would dream it, though there were exceptions to this. Some nights were dreamless, and Hiba was aware of them being so and waited for her nightmare to begin, sometimes it did, sometimes not.

Occasionally she would dream of her childhood, transported to the farm in Devon where her family lived and worked, a short distance away from the cottage where they lived. In the calf shed she was enveloped by the distinctive milky smell, calves sprinted around straw covered pens anticipating the arrival of foamy buckets full to the brim with steaming milk. They clanked loudly against the concrete floor. Hiba loved the sound. She would see endless fields and smell the sweet warm caressing breeze, or sometimes it was winter and the scene was breathtaking; a dazzling blanket of snow covering the landscape allowing nothing to puncture the stillness except perhaps the solitary song of a Robin declaring his presence.

Some nights were dreamless, just a blank greyness, these she feared increasingly as she associated them with giving up, of becoming unmoved and accepting of her situation and this she could never allow. The very characterisation of the city that had first struck and awoken her consciousness, now left her numb. She prayed to God that he allow her to remain sane. She reminded herself of who she used to be; somebody who was loved, who was funny and spirited, admired and special.

As the tape began to play in her head, all around people ran for cover. The storm arrived. She closed her eyes and watched the events as they played in her mind’s eye. With no place to retreat some of the beggars huddled around her, accustomed by now to Hiba’s peculiar ways. They watched for a moment as her eyes darted frantically under their lids and wondered what demons she endured, before shutting their own eyes tight as the storm swirled furiously around them. Hiba thrust her arms upwards as if trying to grab at something and shouted out in English, ‘Bring them back.’

It was always the same.

The storm left as quickly as it arrived, opening her eyes an old woman saw that Hiba’s storm had passed too. She was slumped, as if de-boned, tears pouring from her closed eyes, white skin in their wake.

‘Khalos habebti,’[Finished my love]. The woman had raised three children from the spot where she begged and in all those years had seen a lot of things, but this girl was a great mystery. Clearly a Westerner yet she chose to beg amongst some of the poorest people in the world, she was a mystery but one whom they accepted and tried best to comfort.

Hiba opened her eyes but barely recognised them, she stood up and shoved her way past them. They were obscuring her view, now the storm had passed and people began to emerge once more, Hiba needed to see. Amongst them might be her children, Jasmine and Karim, who occupied her thoughts without respite.

Retreats are now open! Come and join us. Dismiss