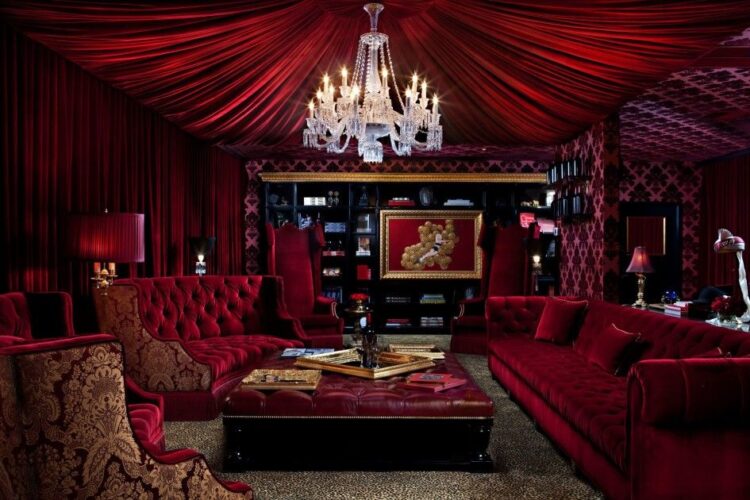 I’ll Crawl Home to Her
by Kathleen Drake

Marion’s somewhat unsure footing carried him to the place he ended most nights. As he turned the corner onto Grapecount Lane, his ears were met with the sound of piano music, a siren’s song enticing him to enter the womb of debauchery. Swaying ever so slightly, he tugged at his coat and adjusted his top hat to centre position.

“Back so soon?” a woman’s voice called teasingly from across the road. Marion looked ahead, squinting through blurred vision. The brothel’s orange light split and stretched down the dark alley. My North star. He smirked as his eyes focused on the silhouette at the door. She was always there, a Guardian at the gates. She was fair but no fool. In this place you made a deal with the devil and the Madame was the debt collector.

Marion walked towards the entrance and leaned one shoulder against the looming door frame, “Would you have me stay away?” he asked, the husky depth of his voice parting from his playful smile. His black eyes gazed down enticingly upon the woman, but she appeared unphased by his beauty, if not slightly amused.

“I’ll tell Violet you’re here, Lord Tye,” she said rolling her eyes as a faint smile cracked through her make-up, “Come on then.”
Marion smirked and followed the Madame inside. As every other night, the smells were the initial assault. Hints of jasmine lulled you into a false sense of security before the putrid odours of sweat and stale alcohol seared the insides of your nostrils.
Marion wiped his nose with his pocket square and walked over to his favourite spot. He sunk into the comfort of a red velvet armchair and took in the stench of the place with one deep, punishing inhale. The rooms were filled with plush couches and playing tables, elaborate chairs in gold and red and large rounded foot stools, used as extra seating. Their rich colours matched the crimson curtains that clung to the wooden door frames and windowpanes. There was no space left bare. Large paintings hid the walls in decorative frames and oversized chandeliers hung low in every room. Women in cream and black undergarments accompanied elegantly dressed men. They sat suggestively, pushing their bosom forward as their slender fingers caressed the naked flesh of their chest. They were knowledgeable performers, smiling on cue and giggling at jokes that lacked humour.

He absorbed his setting, impatiently tapping his feet on the ground, his thumb twirling the wedding ring on his left hand. He looked at the gold band; his finger felt heavy from its weight. You should have married a better man.

“Lord Tye”, she said gently. Marion looked up at the prostitute in front of him. Her loose blond curls framed the hourglass curve of her corset. She was wearing garters tonight with black suspenders clipped to the cotton stockings that climbed past her knee, teasing parts of her pale thighs in between.

He rose to his feet, appreciating the sexual pleasure involved in just looking. “Violet”, he sighed, “you look ravishing”. Marion raised her outstretched hand to his mouth, brushing the tops of her fingers with his soft lips as he slowly, gently kissed them. “Shall we?” he beckoned, his eyes burning with anticipation.

They climbed the wooden staircase, step by step, Violet guiding him, smiling over her shoulder as she looked back. Of course, Marion already knew the way.

As they moved along the corridor, groans of extasy filled the space but Marion’s focus was locked onto the growing smell of burned chocolate. It rolled over his tongue, leaving a longing in his mouth. He saw thin wisps of smoke escaping from under the door they were approaching, and his body quivered with desire. Violet took the brass handle in her hand and slowly began to turn it.

They entered the smoke-filled room; the burned smell carried an acidic, fishy edge to it in here. Marion’s eyes watered from the vapour as he absorbed the horrors of his surroundings. He saw them lying on dirty mattresses, strewn amongst the long, thin pipes and toppled glasses of wine. Men in their best dress, distorted figures, their eyes lifeless and dull. Jealousy seized his chest as he ached for the euphoric pleasures he knew they were experiencing.

“Come”, Violet whispered as she led him towards a mattress by the windowpane. He sat next to her; his hand resting lightly on her thigh. She was beautiful. She had youth. Marion thought back to his own. How free he had been. Now his mind was consumed by debt, titles, marriage, the suffocating drudgery of everyday life, the exhausting guilt of doing the everyday wrong.

He compelled a smile and reached inside his coat pocket, pulling out the necessary payment for his liberty. She chuckled quietly and took the coins from him, checking the amount before removing his top hat and steadily pushing his torso down onto the mattress. As he lay there, hungry, eager, she prepared the pipe, heating and forming the opium over a flame until it was the right consistency to place in the pipe bowl.

She lay the tray next to Marion, whose body was trembling from excitement or cravings he could not tell, nor did he care. He turned onto his left elbow, his greedy fingers reaching for the long, bamboo pipe which he lit over the lamp on the floor. The sweet smoke caressed his tongue as it travelled down into his lungs, forcing their immediate expansion.

After some time had passed, Marion began to feel weightless, his head melting into the cold surface of the mattress. Entering a dreamlike state, the world slowed as he watched his thoughts dance around him. The taste of flowers filled his mouth and his body exploded with pleasure at the smallest movement. Deeper and deeper he fell into a dream from which he never wanted to wake. It was only in this hell that Marion knew joy.